Bangladesh is a new strong team in the world of cricket who are building their place in the world of cricket through each of their victories. cricket lovers are interested for Bangladesh Cricketers’ Salary and their facilities. In the year 1979 Bangladesh team debut in international cricket. Bangladesh cricket team participated in the ICC World Cup for the first time in 1999. Bangladesh team gradually standard their class by their playing style and victory. Bangladesh Cricket team‘s players are now representing our country in all over the world. So, they must deserve good compensation for their job. Today I discuss here on Bangladesh cricketers salary,

The government of Bangladesh has increased the salaries of all government officials, including Bangladeshi cricketers. The Bangladesh Cricket Board has included 17 cricketers in the central contract, with Mushfiqur Rahim, Tamim Iqbal, Mahmudullah Riyad, and Soumya Sarkar at the highest salaries.  These four players get 4lakh taka because they are included in the highest salary rank. For cricketer’s Bangladesh Cricket Board has also made rules of the red and white ball. According to this rule, a cricketer will get full of the salary of the upper class and half of the lower class by contracting red and white balls. If one is listed in the same category in the two contracts, he will get the full salary for the remaining one and half of the rest. The range of bd cricketer’s salary 2020 BCB divided into five categories. Category A+, A, B, C, and D categories.

Government officials, including cricketers and former cricketers, will also receive a monthly pension. These are the almost brief discussion of Bangladesh cricket players’ salary 2020. Besides this salary range in January 2020 BCB increased the match of cricketer’s from now,

However, cricketers will get this money according to the grade.

These are the amount of Bangladesh cricketer’s monthly salary. Apart from these salaries, Bangladesh team Captain get 20,000/- taka and Vice-captain get 10,000/- taka extra than other players. There are many qualified players in the Bangladesh team.  Mashrafi Bin Mortaza and Sakib Al Hasan are not included in this contract. Mashrafi Bin Mortaza has requested the BCB not to be named in the contract. Other players who are excluded from the new contract list,

A+ Category: Mushfiqur Rahim,Tamim Iqbal,Soumya Sarkar, and Mahmudullah Riyad are get 4lakh taka  in per month.

A Category:  Mominul Haque is in the A category and his salary is 3lakh taka in per month.

C Category:  Mohammad Saifuddin and Mohammad Mithun Ali are in C Category.  And they are contracted with white ball deal. Their salary per month is 1.5lakh taka.

There are many categories for bd players monthly salary, In below to see the Bangladesh cricket players salary per month with category.

A Category : BDT 3 lac per month

B Category : BDT 2 lac per month

Which players are not included in this contract they only received match fees, prize money share, winning bonus after tournament and match series. When the Bangladesh team wins any match or series against India, Pakistan, Australia, and England, each player will be rewarded with a double match fee. For cricket development, Bangladesh cricket players offered 25% and for the other 75% of their prize money share.

There are tree different formats in international cricket including test cricket, ODI cricket, T20 cricket. In below you can check the bd cricketers match fees

So long we overview the Bangladesh cricket team salary now a short discussion of Bangladesh cricket coach salary. A South African coach Russell Domingo has appointed as the head coach of the national team. He has no experience of playing first-class cricket but gained a reputation as a coach from the very beginning. He has contracted for two years. Excluding taxes, this South African coach will get around 12 lakh 64 thousand taka per month. And you will get about 15 lakh 29 thousand taka including tax.

The latest coach Steven Rhodes had a salary of around 16 lakh taka but the highest salary in the history of Bangladesh cricket was Chandika Hathurusingha. He received a monthly salary of about 21 lakh 92 thousand taka. The current coach will also get the world-class insurance that international coaches or players get along with other benefits. You will also receive match and performance bonuses.

Bangladesh’s cricket team today is a strong opponent against any country. Our players’ constant hard work, determination, and a keen interest in winning the game are introduced Bangladesh to the world with a new identity. Cricketers should be able to properly evaluate their efforts. As if they are motivated to do better. In this article, I have tried to  highlight the Bangladesh cricketers salary, categories of cricketers, their salaries, their match fees, bonus awards, and coaches’ salaries. I hope it will help you to know enough information about the pay scale of Bangladesh cricket players. 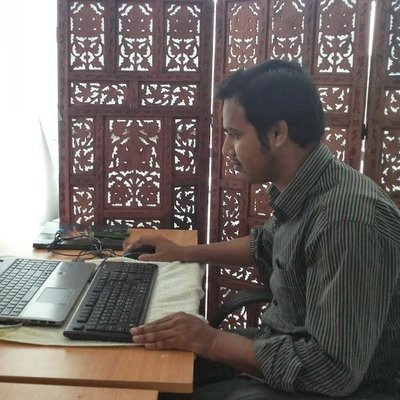