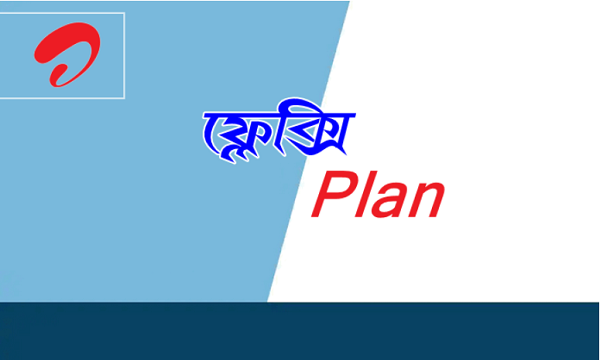 Hi everyone, hope you are all doing great. Today I am going to discuss Airtel Flexi Plan. Being an Airtel user, you can create your own offer by using Flexi Plan Airtel BD. You can also decide your Airtel Flexi Recharge plan through this. So, let’s start with Airtel service in our country.

Airtel Flexi Plan us a wonderful feature for Airtel users in our country.By using my Flexi Plan Airtel you can choose your plan which includes internet pack, voice, SMS, validity. You can make this anytime, anywhere with any amount within the policy limit.

The actual name of this system is Airtel My Plan but it is popular as Airtel Flexi Plan among us. It is the largest and most convenient app for Airtel users. So, by downloading Airtel My Plan, you can able to get these following features :

What is the Process of Making Own Airtel BD Flexi Plan?

You can make your own Flexi plan by following this simple process :

Now, it’s time to make your own offer. So, check the screenshot.

That’s all you have to do. You can also make your own plan by Web version.

Based on subscriber numbers, Airtel is the world’s third-largest mobile phone operator. It provides both post-paid and pre-paid telecommunication services. In our country, Airtel is an independent product brand of Robi Axiata.

Robi and Airtel Bangladesh announced that they intended to merge their operations in Bangladesh in January 2016. They also fixed that this combined entity would be called Robi.

If you use Airtel Flexi Plan, it will make your life hassle-free. You can also make Airtel Flexi annual plan by Flexi Plan Airtel. Besides that, if you are in foreign countries like the United Arab Emirates, Bahrain, Kuwait, Saudi Arabia, Qatar or Oman, you can recharge your loved one’s phone number through GoRecharge.com. You can send Airtel to reload to Bangladesh in seconds.